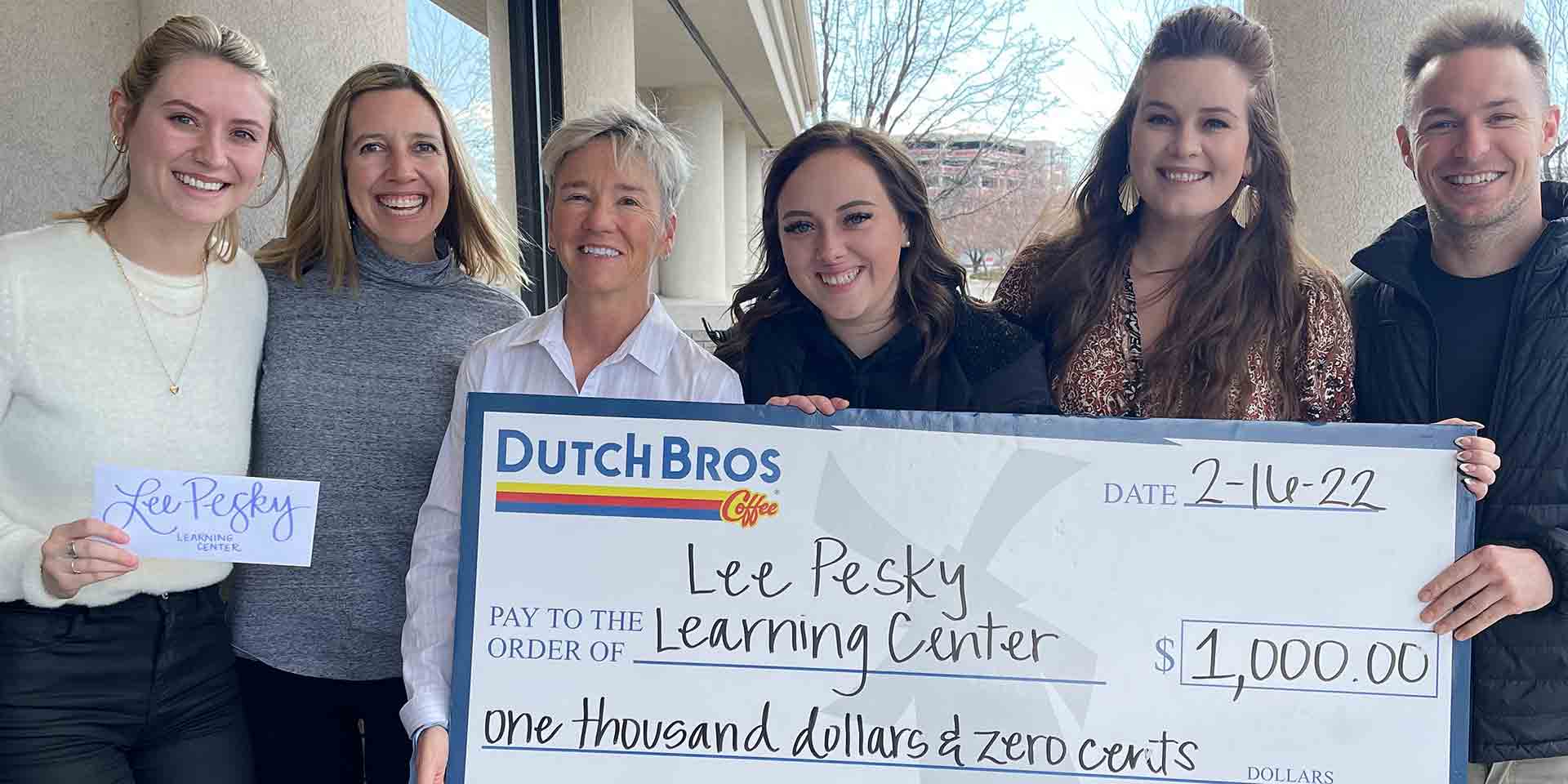 Lee Pesky Learning Center (LPLC) is accustomed to receiving gifts from those whom they serve on a daily basis—a magical ‘aha’ moment experienced during a teacher training, a milestone reached by a student, or confidence gained in a counseling session. However, on February 16, 2022, LPLC received a surprise contribution from a community member who had never received services at the center.

Anna Mitton, a broista at Dutch Bros East Treasure Valley, was a recent recipient of the Random Acts of Dutch (RAD) award. Dutch Bros bestows this award to employees to show appreciation for the hard work that they do while also giving back to organizations close to their hearts and in alignment with Dutch Bros’ pillars of youth and health.

When Anna first received the RAD award, she knew that she wanted to ‘give back’ to an organization that could help those with learning challenges. Having grown up with primary Dyslexia, Anna knows first-hand what it is like to struggle with learning challenges. After conducting research, there was no question in her mind that she was going to make a gift to Lee Pesky Learning Center—an organization, based in Boise, Idaho, that is committed to supporting students, families, schools, and our community in overcoming obstacles to learning. According to Anna, “LPLC’s mission statement hit me the most—LPLC has the same vision that I do.”

A Sandpoint native, Anna had moved to Boise a few years ago to study human resources management at Boise State University. Then COVID-19 hit and Anna’s course pivoted. She opted to take a break from her schooling and pursue work at Dutch Bros where she wears many hats including working as a broista and supporting HQ as a traveling trainer. As Anna shared, “Dutch Bros came into my life when I needed it and has given me so much opportunity. I get to meet people who have worked for Dutch for a long time. I help people open their very first stand. I get to hear their story. They are touching so many lives and I get to help them achieve their dream and teach their crews.”

Anna went on to share that, “I want every person going through school—even as an adult—to know that just because you have a learning disability doesn’t mean you can’t achieve what you want to achieve.”

According to Lee Pesky Learning Center’s Advancement Director Andrea Sanders, “The intentionality, thought, and kindness behind Anna’s actions has inspired all of us working at LPLC. Dutch Bros contribution will not only positively impact our students but encourage them to achieve their goals, just like Anna.”

Lee Pesky Learning Center extends their gratitude to Dutch Bros, and to Anna, for their commitment to creating a better future for our community, one cup at a time.

As Reported by CBS2, ISDE Approves Course Fulfilling Dyslexia Training for Educators
September 22, 2022
Recent posts
Have news to share with us? Get in touch!
Go to Top